Back in January I was in Las Vegas for a show at the Hard Rock Live.  As I entered the venue the most amazing guitar was hanging on the wall just at the top of the escalator.  Not just any guitar, but an autographed Steve Vai heart-shaped Ibanez triple neck guitar!  If that doesn’t make any guitar fan feel a little weak in the knees I don’t know what will.  I had to stop and fangirl for a few minutes and get a photo with it.  Afterall, I was standing next to greatness.  Little did I know what was coming only a week after this moment, I believe it was a sign.

A week later I came across a post about a show that was being put together for the music lovers, specifically guitar lovers.  This show was called Generation Axe and it was going to embark on a tour across the USA starting in April 2016.  Being the music lover that I am I was already interested, but as I started reading more and started seeing the names Vai, Malmsteen, Wylde, Bettencourt, and Abasi I was already digging out my credit card.  A show like this exists?  Seriously, was I being punked?  Was this simply a satirical site making this up, Onion anyone?  Nope, this was 100% legit!

Tickets went on sale on February 17th.  In all honesty, I was hovering over my computer for the exact moment sales opened so I could get the best seat possible.  There was no way I was leaving this up to the scalpers!  To my surprise I was able to grab a ticket in the front row with a meet and greet with the artists.  Yes, it cost me a pretty penny but I knew it would be worth every screaming Abe!  To be able to be in the front, unobstructed and to take every moment in is priceless to me.  So then the wait was on, just the little shy of two months and I’d be in the presence of absolute greatness!

Well last night it happened.  The Generation Axe tour finally made its way to Seattle for opening night.  What can I say?  I can say a lot, but the most important thing I can say must come first.  FANS, DO NOT MISS THIS SHOW!  Like I said, Seattle was opening night of this tour.  To my shock and utter disgust, our venue was not sold out.  Tickets were still available for a show that should have been sold out.  If you are in an area where this tour is making a stop, GO!  If you’ve ever wanted to do a vip, do this one if they have a vip option at your show.  These guys were so warm and welcoming.  Zakk being Zakk, greeted all of us with genuine hugs and handshakes.  He was kind of like the lead in the welcoming committee.  Me being me, I had to hug them all and thank them profusely for coming to Seattle to melt our faces off.  I even put the Swedish I have been learning to good use when talking to Yngwie.  That was awesome!

Let’s get to the nitty-gritty and talk about the show.  First thing you should know if you are planning to go, do not be late.  There is no opening support for this tour.  It’s only the guitar gods and of course a few other awesome musicians on bass, drums and keys.  So make sure to be there before the show starts or you will miss a great opening.  The running order for the show is an opening with all of the artists on stage playing then it breaks off into each artist being showcased with their own style of playing.  As each artist transitions off/on the stage you also get to enjoy them collaborating with the next artist who’s taking the stage.  Toward the end, after the last artist’s solo bit, they all come back on stage and perform together for a few songs.  The playing order is: Group, Abasi, Bettencourt, Wylde, Malmsteen, Vai and then Group again.

In Seattle, at the Paramount, they opened playing Foreplay moved onto the funky bluesy sound of Abasi then into some rock and funk with Bettencourt.  Next up was melt your face off metal  with Wylde, who to the crowds surprise and pleasure jumped off stage and walked up the aisles while still playing.  The crowd went totally nuts when he did this.  Up to this point everyone but the photographers shooting the show were content sitting down and just absorbing the amazing music being performed.  Oh that Zakk!  He got us all up on our feet and most of us stayed on our feet the rest of the show.  Leave it to Wylde to make the rest of us wild!  I was awe-struck in the transition between Wylde and Malmsteen.  I am a fan of all of these artists, but Malmsteen & Wylde, I ‘ve been a fan of Malmsteen since the mid 80’s and a fan of Wylde’s since he joined Ozzy years ago.  Seeing these two idols of mine sharing the same stage and playing together, blew my mind.  The sheer joy left me completely in a state of disbelief.

Let’s clear something up while I am talking about Malmsteen, despite what haters and trolls out there say, Malmsteen is a great performer.  Whoever said anything about his abilities to play clearly can’t hear or just has no taste in music.  I saw Malmsteen for the first time in the 80’s at the Paramount in Seattle.  The feeling I had from seeing him perform last night, at the same venue I first saw him in, was like nothing had changed.  He’s still an absolutely fantastic musician and performer.  Toward the end of his solo he leaned out over the stage and ripped the strings off guitar.  I didn’t think after this point in the show last night I could feel anymore euphoric.  Silly me, Vai hit the stage with Malmsteen and that moment was excelled into pure bliss!  Vai and his guitars are like one super being.  Vai is and always has been a performer who is like one with his guitar.  Those of you who have seen him perform know how he struts across the stage while he plays. It’s like he and is guitar are doing a rhythmic dance of sorts, almost a mating ritual dance if I had to find an analogy of what you see and hear in that moment.  Vai wrapped up his solo and then they all grouped up again.

Remember when I said pure bliss, yea…. I surpassed that feeling.  I was in such a state of “what am I seeing here, how is this possible, who am I supposed to focus on, I can’t believe I am experiencing this moment” euphoria that I couldn’t comprehend anything during the last two songs and do remember saying a few times that “this is the most F’n awesome thing I have ever seen”.  This is by far, the most mind-blowing live show I have ever had the luck of seeing in my entire life.  That’s saying a lot since I have been to a few thousand shows already and many have been amazing shows.  But these five artists, on one stage together…… Oh man, just amazing!

So here’s the deal music lovers, Generation Axe is now officially on tour.  They are most likely coming somewhere near you in the USA, unless you missed the Seattle show last night, then they aren’t and you missed it, BIG TIME.  Get your tickets, get out there and see this show.  Shows like these rarely ever come around so don’t think  you will get another chance.  You won’t.  All the details for their tour can be found on their website.  I am serious, GET YOUR TICKETS!  If you don’t, you are truly going to miss out on one of the best shows you will ever have the chance to see!  If you can’t get there, atleast enjoy some photos from the show below. 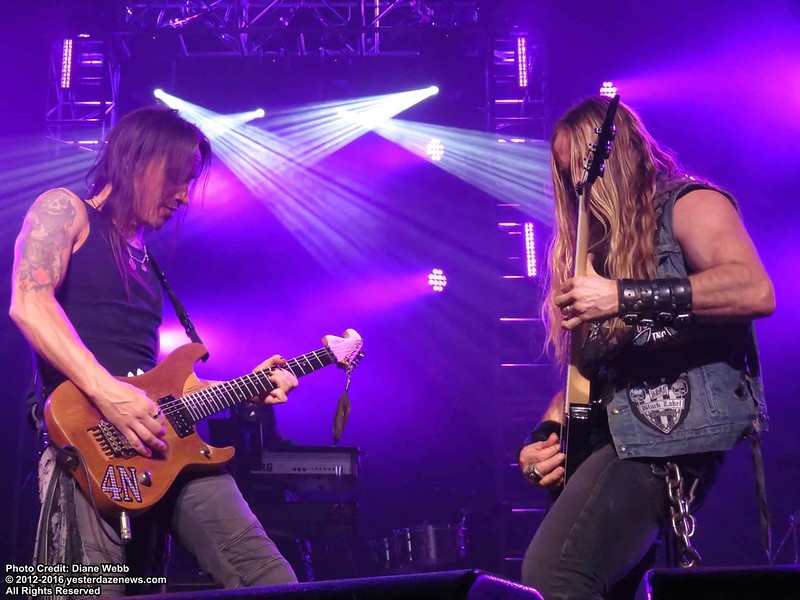 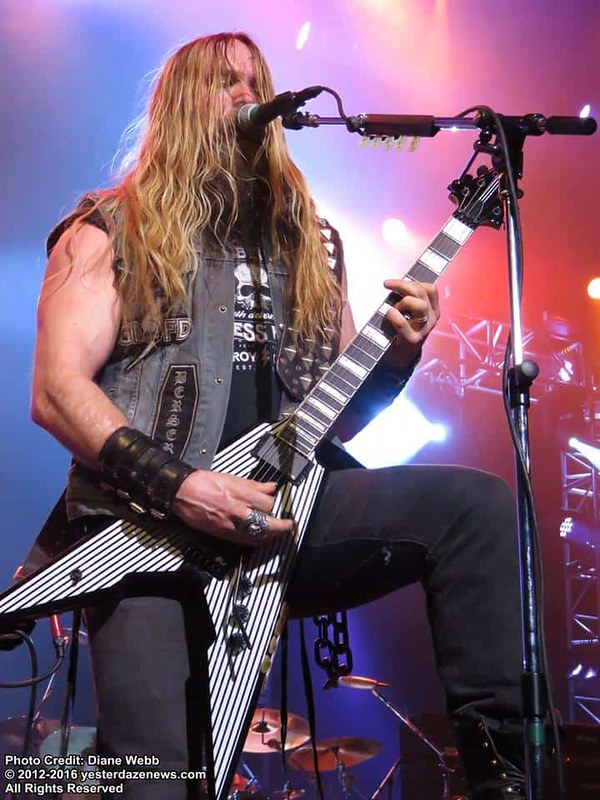 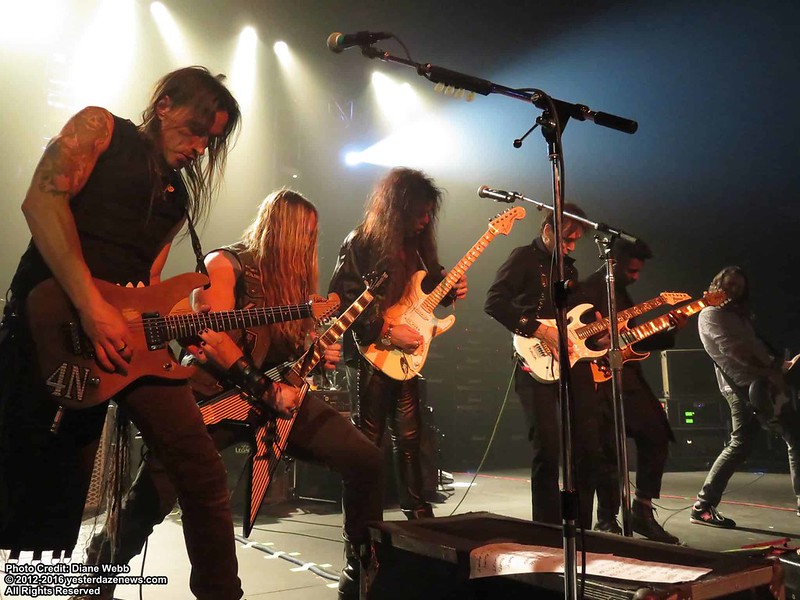 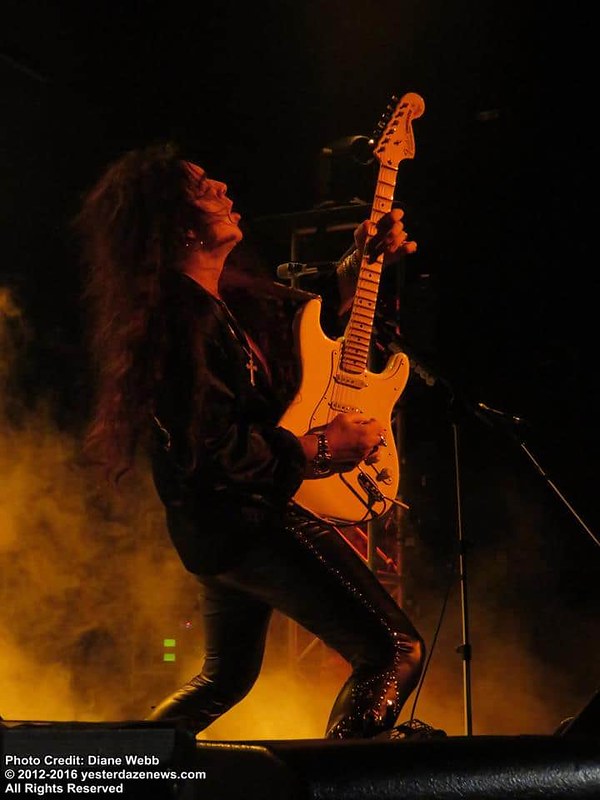 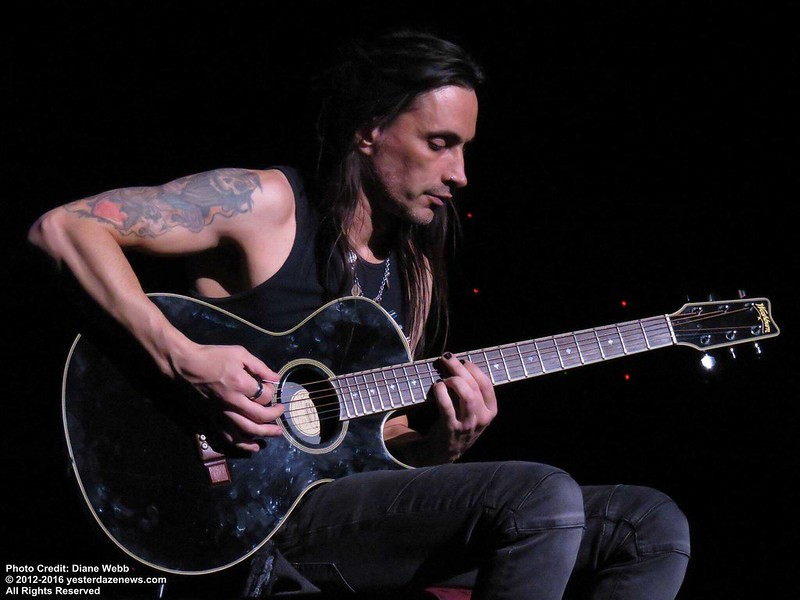 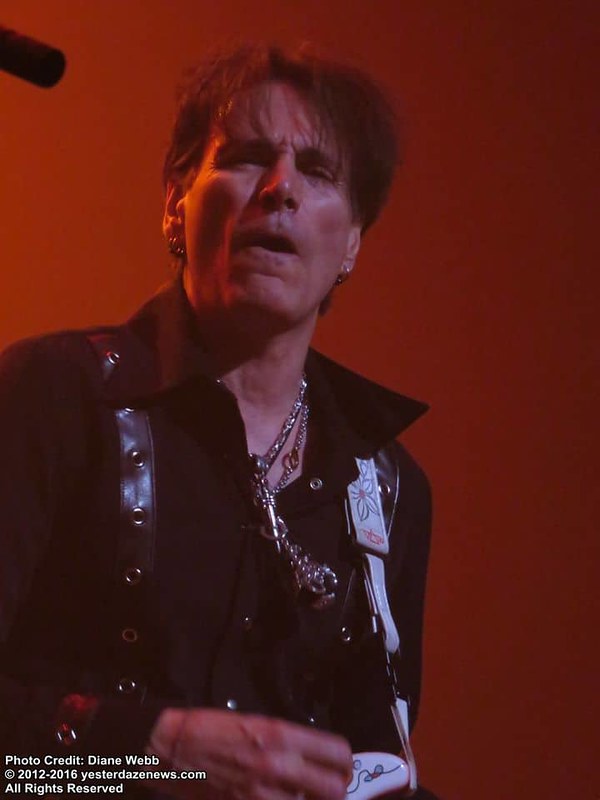 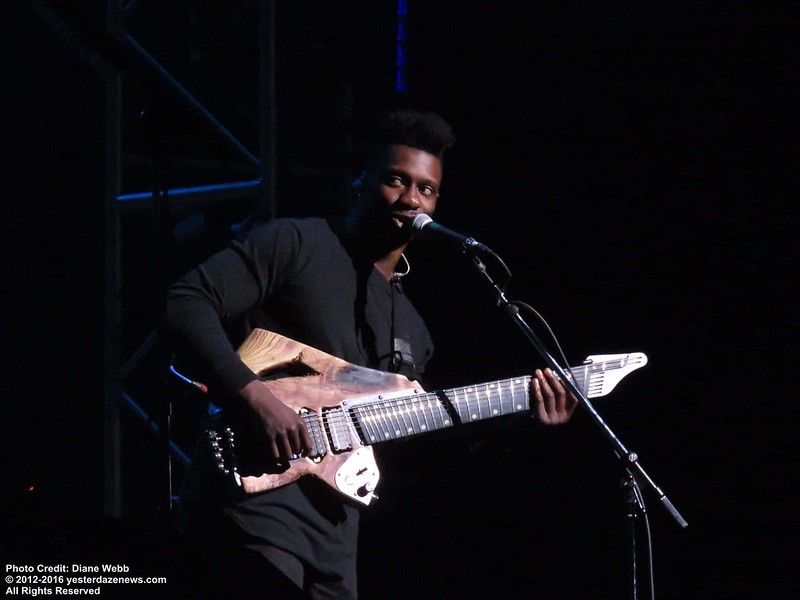 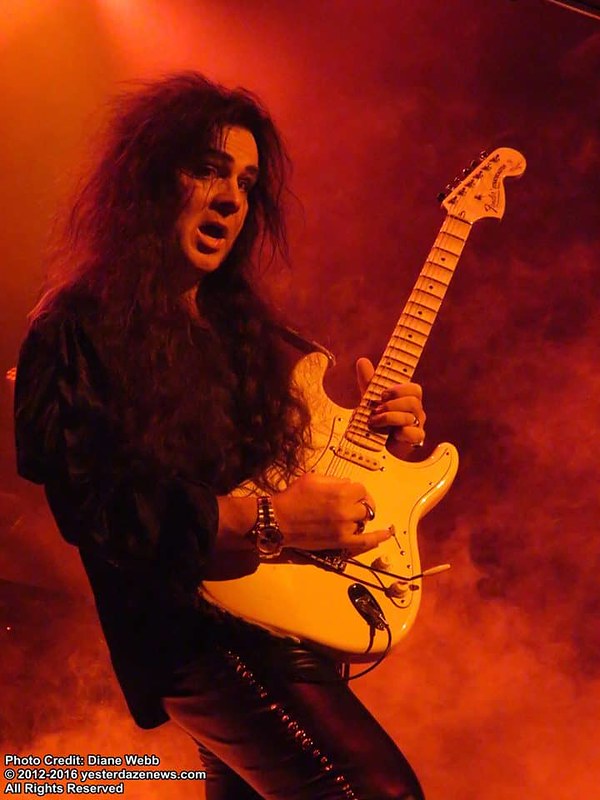 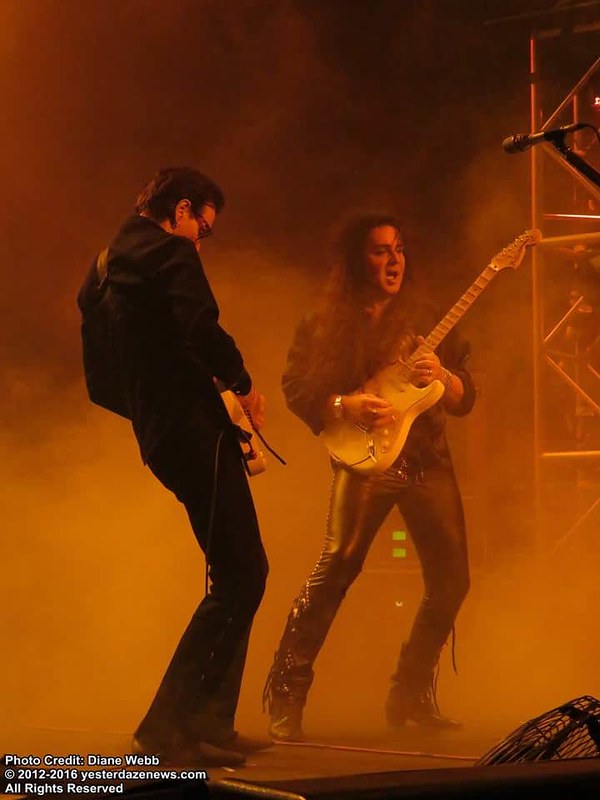 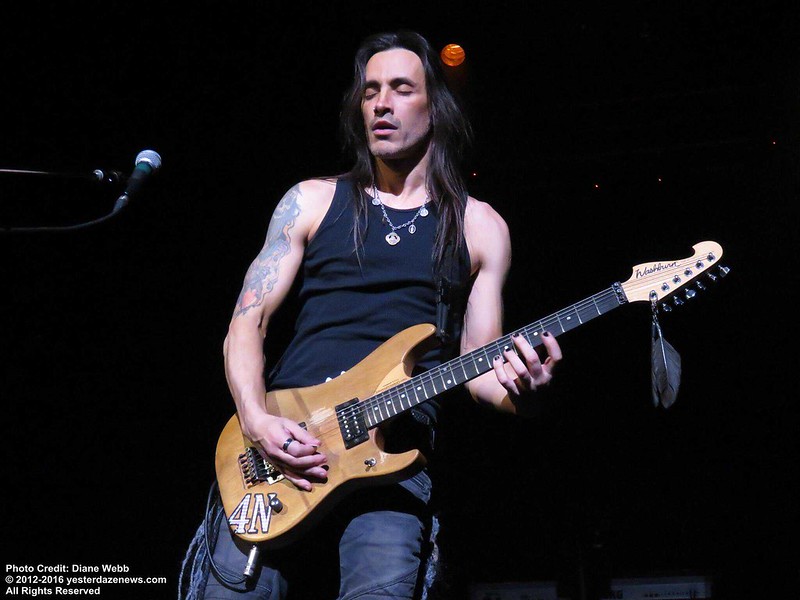 Adrenaline Mob and The Wild Brought the Rock to Everett