Kvelertak stopped in Seattle this past week ahead of their new album release of Nattesferd.  The band performed at El Corazon with opening support from Torche, Wild Throne and Serial Hawk.

The evening started out with a small crowd of fans and steadily grew as the night went on.  The first group to perform was Serial Hawk, a local Seattle band.  Their music could best be described as a spin-off of grunge but with a darker and heavier sound.  Slow to get to vocals and much more instrumental with extremely heavy bass.  I am not a fan of this style of rock music so I can’t say that I would seek them out for another show.  Their sound may be something you enjoy so take a listen and decide for yourself.

Next up was Wild Throne from Bellingham.  This bands music has a heavy sound.  Instrumentally they have a solid sound but the vocals are confusing and distracting.  I wasn’t quite sure what to make of their music. It didn’t really work for me, this is a band I wouldn’t find myself listening to outside of them being on Kvelertak’s bill.  Again, another band I would say you have to listen to and decide for yourself.

The band Torche out of Miami is a band with a sound that I did enjoy.  A bit fast and furious at times and then a little slower sound but good rock music.  The band played a mix of the songs they’ve made over the years for the crowd and the set was enjoyable.  This is a band I would say to seek out if you’ve never heard of them or just not had the chance to see them live before.  They do a solid live show.

Lastly, the screaming Norwegians known as Kvelertak.  This band is an oddity that American’s love.  While most bands sing in English, even if it’s not their native language, Kvelertak sings in Norwegian.  Not that I am saying they should sing in English, why should they sing in English when their native tongue is Norwegian?  We could all stand to learn a new language.  Myself I spend time in Sweden every year so I am learning Swedish.  Doesn’t really help me with Norwegian, doesn’t stop me from talking with my Norwegian friends either, but my point is if it bothers you, learn their language.  Otherwise, be like the rest of us and stare at the band trying to grasp what they are singing about or pretend they are singing in English but that the screaming is intentional to make the words unrecognizable.  When it really comes down to it though, no one cares.  Even if you can’t speak Norwegian the music is great and the vocals are great.  So does it really matter if you can understand them?  Not really.

Kvelertak hit the stage in almost complete darkness.  Singer, Erlend Hjelvik, took the stage wearing a glowing lit mask, I knew this would not be a typical rock show.  Even after the first song and the mask was gone, the lights stayed pretty dim at El Corazon.  The band did a no frills show and rocked the crowd with song after song.  At times the crowd randomly started jumping up and down and other times tried to form a mosh pit.  The band played a good mix of songs from their collection and some new ones from the upcoming release Nattesferd which is due for release for pre-orders on May 13 and May 20 everywhere else.

Kvelertak just wrapped up their American tour on Friday, so if you missed them this tour you won’t have another chance in the near future for the USA but if you happen to have plans to be overseas check their schedule as they still have some tour dates left for Europe. 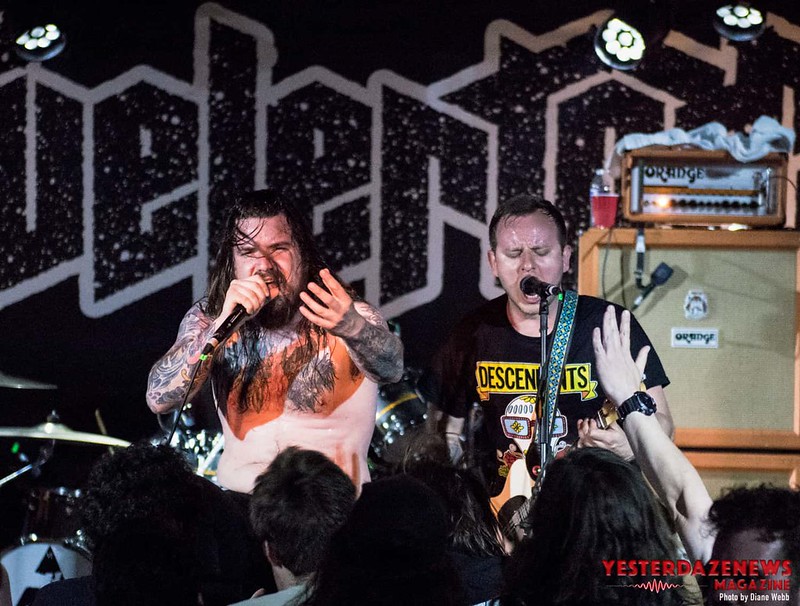 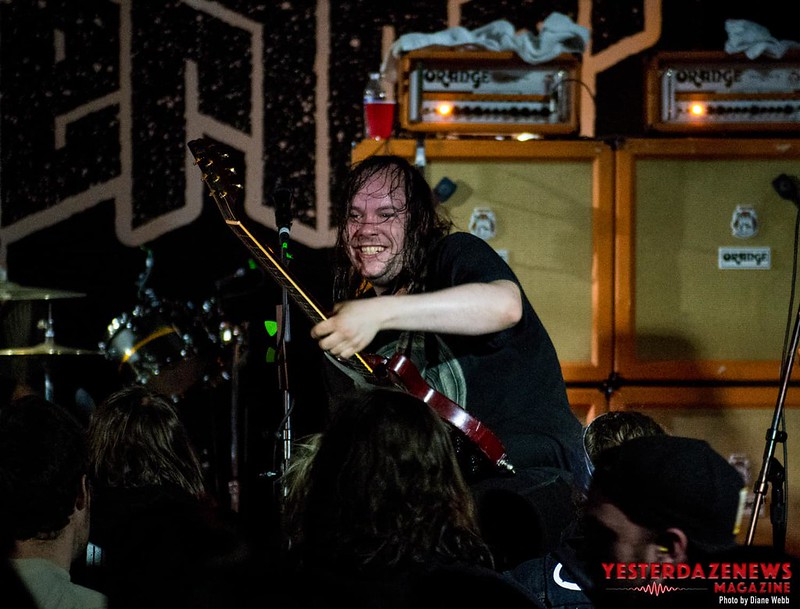 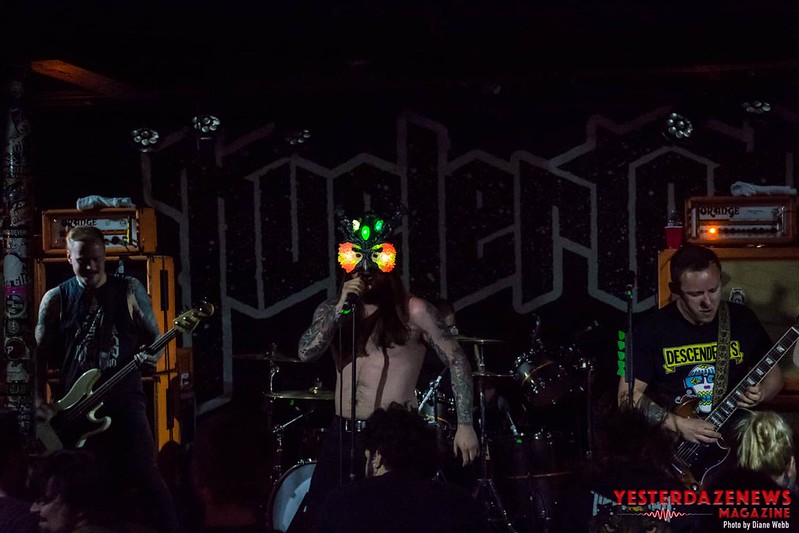 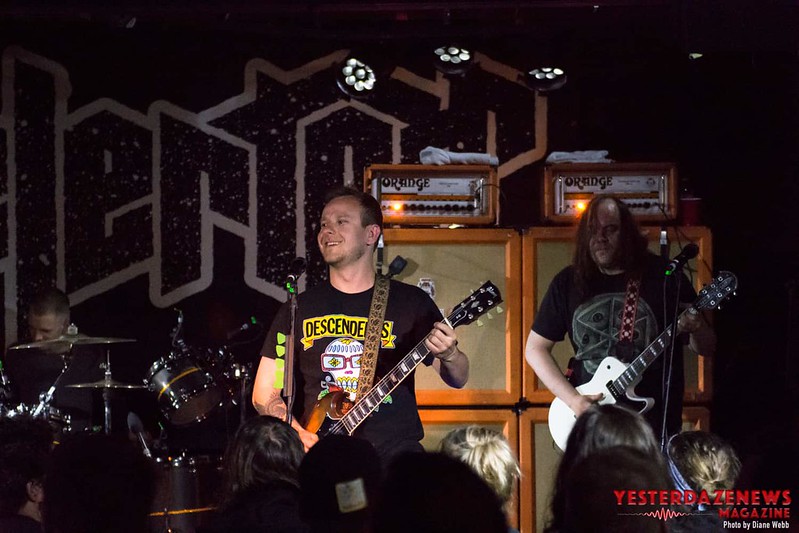 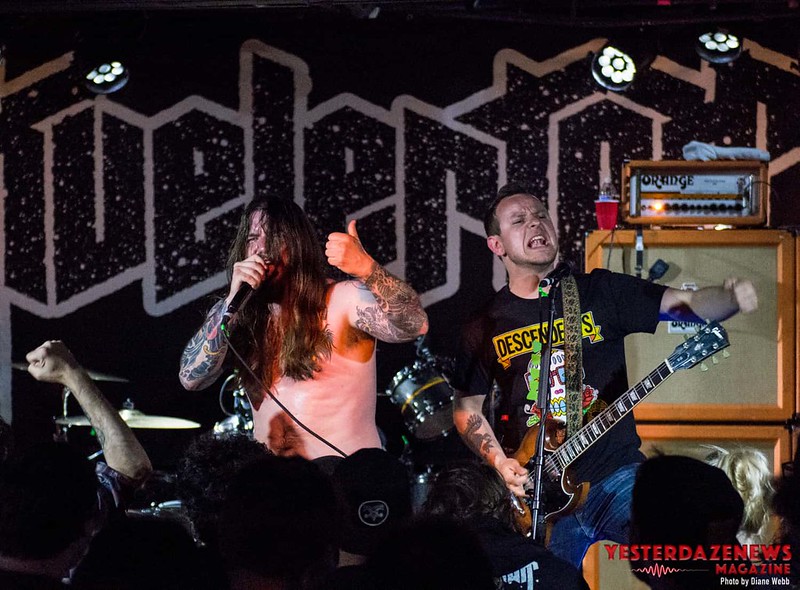 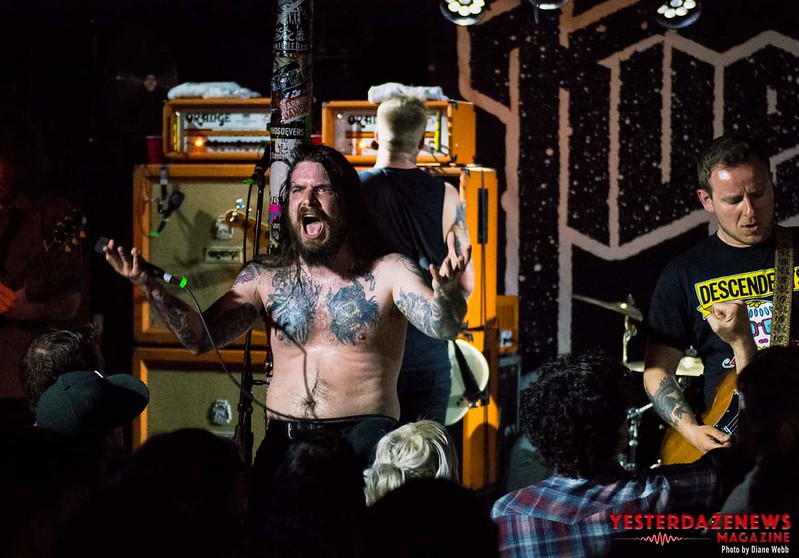 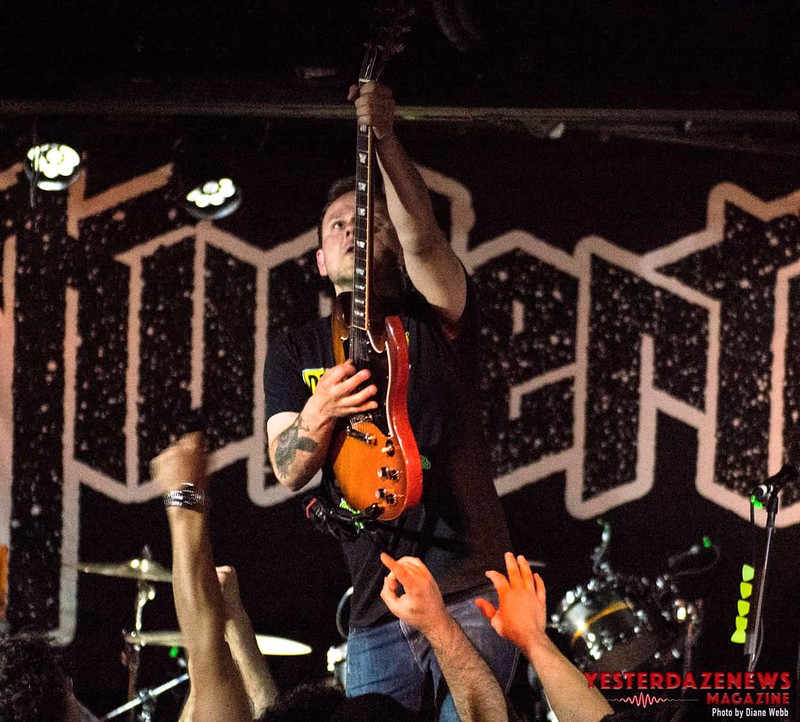 UNTIL RAIN to Release “Inure” Via Sensory Records

Clan of Xymox at the Oriental Theater in Denver

Revolverlution – Going Out With A Bang | Video